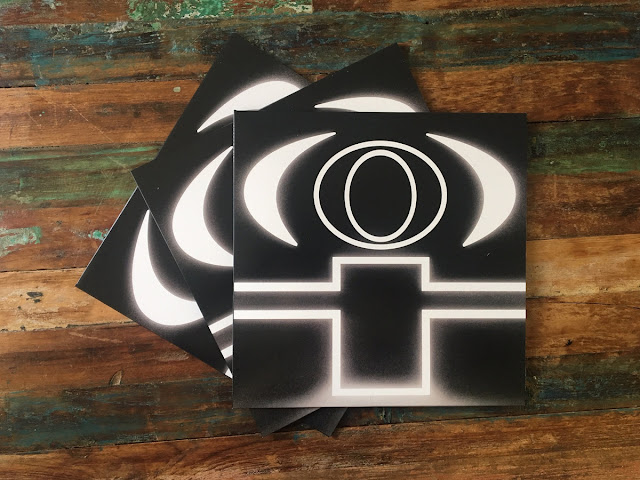 FIRST RELEASE ON CC IN 7 YEARS!

The ecology of every local music scene contains multitudes of strata; media-savvy bands thrust onto international stages, dive bar favourites, wedding circuit covers acts, obscurant bedroom producers, et al... Toronto is host to countless iterations of each. It has also been the staging ground for the singular, enigmatic producer Onakabazien (aka Louis Percival), who has had an unusual career floating widely through some such realms as mentioned. While too little directly heralded, his body of work has seeped like a scentless gas into the consciousness of curious-minded cultural consumers in the form of his widely distributed productions for U.S. Girls (he co-wrote and produced ‘Damn That Valley’, ‘Pearly Gates’, ‘Incidental Boogie’, ‘Overtime’ and others), his collaborations with Slim Twig released by DFA, and in his score work for Unabomber: In His Own Words, the recently released Netflix documentary (including it’s theme song ‘MAN’ credited to yet another alter ego, The Worst). What has not yet been encountered by many listeners are the countless cassette tapes, and hard-drives stuffed largely with an unreleased rap oeuvre (few would guess that a producer best known for his work on successive U.S. Girls albums is secretly an anonymous rap auteur). A universe of instrumental donuts, rap remixes (most often colliding hard 90’s era bars with looped psych esoterica), and original Onakabazien lyrics. For the first time ever, the O has opened up his private vaults, allowing Calico Corp, the DIY label founded by Meg Remy & Maximilian Turnbull to release Fuck Yall Love Yall, a compilation of favourites recorded during a prolific period 2010-2013, selected by Turnbull in collaboration with the artist.

What emerges is a portrait of an eccentric MC oddity illustrating the trials of his former janitorial work (not many rap songs make mention of ‘toilet gloves’), exploring mystic philosophy and conspiracy in the process, and exposing with humour and pathos the reality of grocery shopping as impaired by a welfare budget. Indeed, the album resonates with deep seated curiosity about life, and a desire to live it vividly in the face of poverty. Many of the producers best works are ripped from dollar bin scores, rather than the top dollar rare-groove of some of his contemporaries. Despite that, respected rap scholar Passion Weiss proclaimed of the O that ‘while his name might not ring bells, the Toronto producer has been flipping the likes of Sun Ra, Ethiopiques and Kraut Rock since before it became Stones Throw’s bread and butter.’ Fortunately, FYLY also contains brief instrumental snippets of some of these flips, beats which weave through the lyrical fare, providing degrees of cohesion amidst an album which recreates a bizarre affinity between the aesthetics of MF Doom and Ariel Pink (perhaps most so on a completely reimagined cover of Hall & Oates ‘Abandoned Luncheonette’).

The release of FYLY is a hopeful first foray into making the acquaintance of a larger listenership. Considering that Onakabazien has close to 20 years (!) of unreleased works, with no doubt new works in process, 2020 may yet be the year in which more of this compiled work finds it’s way out of the O-rchive. There are enough beats for several volume’s worth of rapper’s delight, enough Wu-Tang remixes for an album length project, time may tell if these surface. For now Fuck Yall Love Yall is an introduction to a singular, esoteric mind; please meet the Onakabazien...